Creating a one minute video requires six hours to shoot? And what about time spent planning the video before you shoot? What about time spent editing the video once shooting is complete? Well, for our productions at BiteSite, it all adds up to a whole bunch of time (certainly more than six hours) spent creating final videos that can amount to under one minute in length. It can start to sound like overkill, but it's all worth it in the end if you're looking for a professional, glossy video that serves it's purpose. Before we dive into the time breakdown for what a shooting day can look like, let's just see why scripted videos take so long to shoot generally.

Video production has a reputation for being a time hog, and that is in no small part to the type of video we call "scripted videos". Scripted videos encompass any type of video where shots need to be planned ahead of time (with scripts and storyboards) and then shot very carefully to match those plans. This greatly affects the type of shooting that takes place. You can't just run around with a camera taking shots of anything you please and trusting it will all turn out right in the end like you might if you were covering an event or shooting a wedding. Rather, each and every shot needs to be executed correctly, which often involves a lot of moving parts (camera gear, lighting, actors, set design etc.) and that generally requires a lot more time than just having a light plan in place and hitting record on the camera. If you ever go behind the scenes of any scripted video, perhaps seeing the set for a feature length production, you'll find that the days often start early in the morning and end late in the evening. That being said, the time and effort will vary greatly between different scripted videos depending on what the concept is and the budget that is available.

For our purposes here, we'll be taking a look at the time-breakdown for a shoot that lasted around six hours. So, let's get into it... what are all the activities involved on a shoot day and how long do they take?

Oh, and just a heads-up, we'll be breaking it down visually by cutting into a piece of delicious pie. If you really want to get your mouth watering, check out the video posted along with this article. The entire pie constitutes the entire time spent on the shooting day; the six hours. Each piece of pie will be a section of that shoot day. 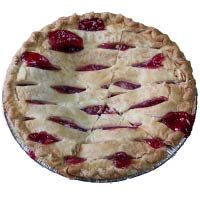 First, let's cut out enough pie to cover all the time spent before we actually hit record on the camera. This time chunk begins by transferring all the video gear to the shooting location from the vehicle in which it was transferred. This might seem like a trivial task, but depending on how much gear you have, it can take some time! Not only do you have to walk it into the location, you also need to unpack and set everything up so it's ready to be placed and used for the first shot of the video.

After transferring and unpacking, the location will likely need to modified. For the shoot we're using as our use-case for this article, we shot in a restaurant. That being the case, we needed to move around a lot of tables and chairs to get the space looking proper. On shoots that are even more involved in the area of set design, there can be a dedicated person (set designer) who will take time to go around the set and either add or remove items in order to optimize the location for you video. That being said, having a dedicated person for set-design can actually save time by allowing others to focus on different tasks at the same time.

Once the gear is transferred, unpacked, and the location is set up, we typically take a quick moment to gather everyone involved and have a quick meeting. During this meeting the director will go over how the day is set to run so that everyone is on the same page.

Okay, that constitutes all the activities that are required before we actually tackle shooting the first shot. And just how long did those activities take? Approximately 1.5 hours, and that's a good chunk of pie. 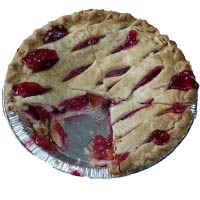 The next step is to shoot all the shots of the video. For scripted videos, each shot will require setting up before the camera starts recording, and this is what takes the most amount of time. First, the camera is prepared (perhaps by changing lenses) and placed. Second, anything in the shot (actors, extras, props) needs to take their first positions. Third, lighting needs to be set up. Lighting often takes the most amount of time as it requires a lot of tweaking to get things looking just right. Now, keep in mind these steps need to be taken for every shot of the video. Take for a moment the viewpoint of the audience watching the final video... every time there is a cut to a new shot in the video, that shot required planning, thought, and execution in order to get it right.

Alright, so all that time spent setting up shots took us about 3 hours on the shoot in question, and that doesn't even include time spent actually recording footage on the camera. Our pie is tasting delicious by the way.

Before we get into much time is spent when the camera is actually recording, we'll jump to the end of the day and see how long tearing everything down takes. Tearing down involves packing everything back up and re-loading it into vehicles. For our shoot in question, this took us about one hour. If we remove that hour from the pie, we're left with the last remaining time-slot for the day: recording time, or all the time spent between "action!" and "cut!". Recording time was 30min. In pie time, 30 minutes looks like this: 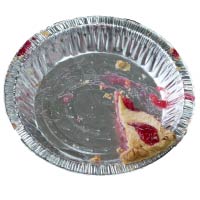 That covers it! Every project is different, but hopefully this gives you some insight into how time is spent on a given shoot day when it comes to scripted videos. Stick around for more delicious content from BiteSite, and please, take that last piece of pie!